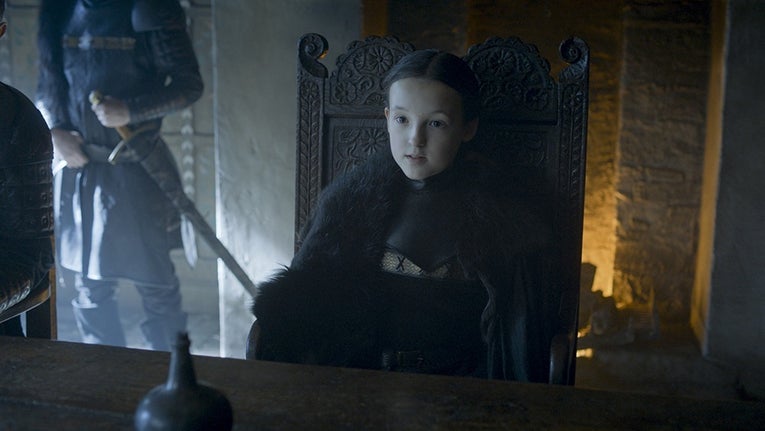 In my house, it’s tradition to turn the kettle on just as the ‘Previously… On Game of Thrones’ recap begins. This gives us just enough time to hear the recap before the noise of the kettle really starts to kick in, and then leaves the whole 15-20 minutes of the intro song to get the tea made and served. It’s a foolproof plan. Foolproof of course, until the writers decide to throw a ‘cold open’ completely out of nowhere, and I’m left trying to work out why the hell Ian McShane has taken 6 Seasons to get a gig on Game of Thrones, and how the hell that one guy is carrying a log all by himself, all over the noise of the blaring kettle. But what I did manage to catch was…

THE HOUND IS ALIVE!

This is pretty exciting news, because who doesn’t like The Hound? Which is strange to say, because his only redeeming feature is that he showed small traces of compassion towards the Stark girls. He’s a fairly rubbish bloke other than that. Yet here he is, not killed by Brienne and hanging out with more religious freaks. Really? More of them? Ok.

Sadly, this promising beginning was really the high point of the whole episode, and even it didn’t play out all that convincingly. This very strange side story was spaced out over three acts across the episode, but all it did was let us know that The Hound is alive, and that his close shave with death has given him the ability to feel the emotion called remorse. We also discovered that Ian McShane’s cameo as the Sept was going to be short, because he was a complete moron. ‘What’s that, dangerous looking Ranger-dudes on horses, you wanna know if we have any supplies and if we have any weapons to defend ourselves? Heaps of food, but no weapons. Now, you ride off with suspiciously mischievousness smirks on your faces, and I’ll make absolutely no preparations at all for your return. Oh, and I’ll let the toughest guy in my group go cut shrubbery a long way away from us.’

It was silly, and considering the calibre of actors on screen, it didn’t need to be. But hey, The Hound!

We also got to check-in at the High Sparrow’s one-benched talking chamber with the floor-windows, because who hadn’t been missing that place? It’s hard to imagine that King’s Landing was once the absolute pivotal setting for this show, and now it’s like the washed up rock band doing gigs at the local RSL. It’s a bit sad, and it’s painfully boring to watch. So Olenna and Cersei still don’t like each other, Tommen is still a soft cock and Margaery gave a sign that she might be playing tricky-tricks after all. Exciting stuff.

King’s Landing is so boring right now, that Jaime got sent to fight with ol’ Blackfish face just so he had something to do. It was great to see Bronn for the first time this season, although I really wish they’d find a way to get him paired up with Tyrion again, because his and Jaime’s buddy-vibe is not quite the same. Nevertheless, with Jaime in town, Jon Snow on his way, both Stark and Tully homeland being up for grabs and whatever else Littlefinger has thrown together, something big is brewing up North, and hopefully we get to see this multi-angled mega-battle play out very soon.

Speaking of Jon Snow, I had supposed that during his absence last week, he and Sansa had painstakingly traveled from house to house looking for soldiers. Turns out, they were merely preparing for this week, when we actually see them painstakingly travel from house to house looking for soldiers. It did, however, give us a real highlight, when we saw proof that children can rule without being violent sociopaths or whiny soft cocks. Lyanna Mormont stole the episode this week, and props to the young actress Bella Ramsay for some fine work. It’s interesting to note that this fiery little whippet is only in charge of House Bear Island, because her cousin Jorah fled to Essos many years previous to escape being arrested by Ned Stark for selling poachers into slavery. He subsequently fell in love with a dragon queen and then contracted rock-leprosy and is currently looking for a cure. (So I know where he’d rather be.) Apart from Lyanna’s charming little cameo though, The Jon and Sansa show was a snooze-fest this week. GO KILL RAMSAY, FFS!

The Greyjoys continued their surprising ascent up the care-factor ladder this week, and we got to coin the phrase You look as sad as a dickless man at a brothel, drinking with his sister. Poor Theon. Although, it does seem like he and his sister do have a bit more in common after all. Not only do neither of them have dicks, but they both love the titties too! Add in the mention about heading to Meereen to join forces with Daenerys, and these Greyjoys are starting to get some genuine excitement around them.

I guess the other big part of the episode was the stabbing of Arya. I must admit, it all happened so quickly, I kind of thought for a few seconds that Arya might actually die right there and then. In reality, she probably should have. I did think it a bit strange on her behalf though. Last week she blew out her candle and had her sword in hand, but this week she’s raining phat-cash on boat owners and doing some last minute sight seeing. She was surprisingly complacent for somebody who knows trained assassins are trying to kill her. The scene did sort of drive home the magnitude of what Arya is dealing with here though. These are face-changing professional assassins who serve a death god; they are not going to let her go. Hopefully this painful story has a big pay off in the coming weeks.

It was a better episode than last week, but there was still too much stalling and focus going onto less interesting stories. Only three more episodes to go this season, and with so much still to play out, I reckon next week could get very interesting. 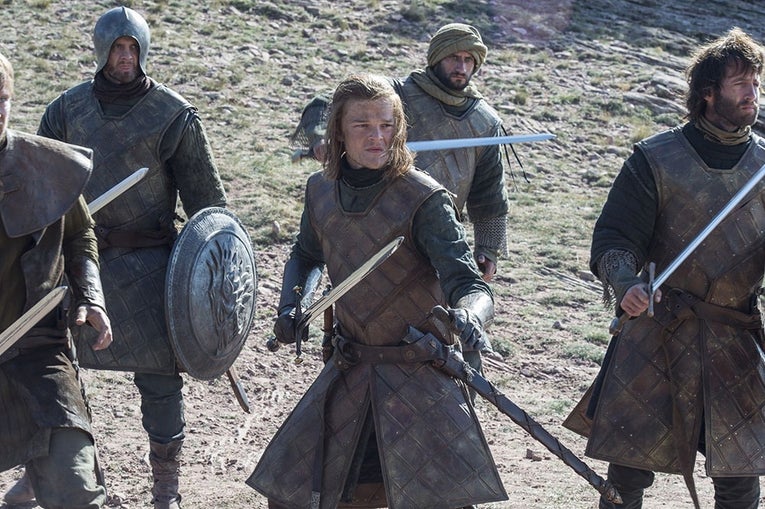