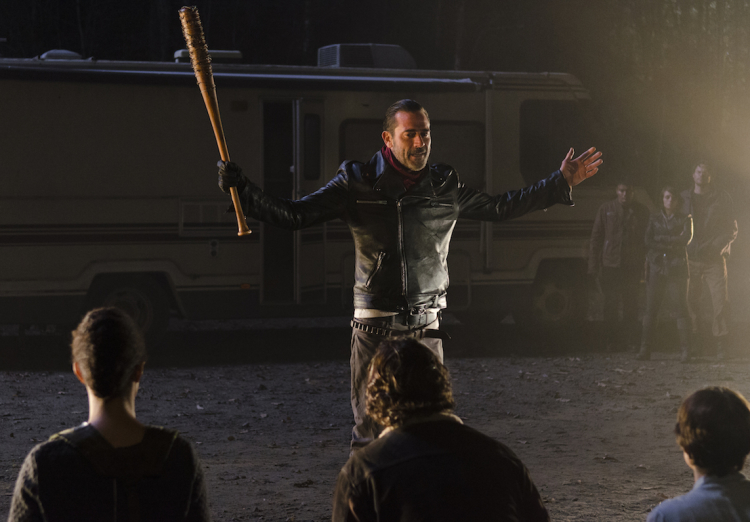 AMC pulls out the worst cliffhanger that ever did cliffhang, as The Walking Dead hits a new level of viewer frustration.

Fuck you The Walking Dead. Seriously.

I know that’s a harsh reaction, and has a swear word in it, but this episode deserved it. Oh man, where to even begin. I’ll start off by saying that this second part of season 6 has had it’s moments. In fact, the first couple of episodes showed a real artistic switch for the show and contained some truly solid episodes. The vicious zombie genocide at Alexandria, the arrival of Jesus, The Hilltop and the out-of-character massacre of some of the survivors, were all intense and exciting new directions for the show, and laid the groundwork for the finale that anybody who had read the comics (or the internet) knew was coming.

We were going to meet TWD’s most vicious and powerful bad-guy, Negan, and he was going to kill somebody with his barbed-wire bat named Lucille. It was going to happen, the only question was, would it be the same character as the comics? The fans knew this, the writers knew the fans knew this, and the last couple of episodes had basically been stalling to get to this inevitable point. We meet Negan, he taunts the group, and then he smashes in the head of… wait until next season to find out folks! It was simply a cliffhanger for the sake of it, and it didn’t leave the viewer with a feeling of suspense, it just left us all angry and yelling swear words at the credits.

The build up to this point had been a frustrating ride too. After promising so much early on in the season, suddenly the characters just started making nonsensical decisions that only served to drive this particular storyline, and had no real connection with everything we know about them. Daryl loses his mind because Denise – the doctor who nobody seemed to care about until such time as everybody really, really cared about her –  is shot through the head with an arrow from his own missing crossbow. So he heads out randomly to ‘go and get them.’ Many others follow, and all the best soldiers of Alexandria just happen to disappear at the same time, which happens to be the same time that they have the terrifying Saviors hot on their heels.

There were some moments to this episode though, I will say that. The slow, tense build up as the team in the RV ran into literal roadblock after roadblock, did build an impressive sense of inevitable dread. The gravity of the situation did become slowly apparent. But after a while, the actions of the saviors become far too elaborate and convenient to stay believable. I mean, this is the same saviors who Daryl once disposed of with a rocket launcher. (Oh yeah, why don’t they just use the rocket launcher all the time? What happened to the rocket launcher?) The same saviors that Carol and Maggie easily dispose of without a scratch. The same saviors that Carol kills seven of by herself, despite them having the jump on her. It all served to lull us and the Alexandrians into a false sense of security, because suddenly the Saviors go from clumsy inept bad guys, to elaborate ‘one-step-ahead’ evil geniuses. Did they really have the time and the manpower to pull of some of those pranks? Were they really able to block off every road to the Hilltop, despite not knowing the RV was heading to the hilltop? And could this massive gang of mad max style villains really control so much, yet never, ever come across Alexandria or anybody from it ever before?

There was also an annoying side story with Carol and Morgan, which just made very little sense and just seemed to be tacked on to make the episode run longer than it needed to. Yep, Carol doesn’t want to kill anymore, so she just keeps killing. Morgan doesn’t believe in killing, but here he is, killing to save Carol. Oh the irony!

Really though, it’s all about Negan. Jeffrey Dean Morgan was solid as Negan, although not as explosive as the build up had lead us to believe. Maybe it had taken too long for us to meet him, that expectations couldn’t really be met? Still early days yet, so plenty of time for him to flesh that character out. He’s clearly a smart, powerful and dramatic villain, who looks at situations with the long game in mind. (Why else wouldn’t he just kill the shit out of them all, there and then. He wants them to work for him? Really? He needs more workers?)

The final scene saw our heroes on their knees, trapped, defeated and out of their depth by so far that Rick can’t even seem to process it. It’s a humbling moment, and one that could have had so much more impact if we’d actually seen a beloved member of the group die. It still would have been a thrilling cliffhanger.

So now, the speculation will run wild, AMC will think this is good business and us dumb, loyal fans will still front up next season and put ourselves through this all over again, just to find out who actually died.

For the record, I think it’s our big, strong love-struck ginger Abraham. But that’s not a big enough death, despite how long he’s been with us.

Guess we’ll find out later this year, unless they drag it out for another three seasons just to be clever. 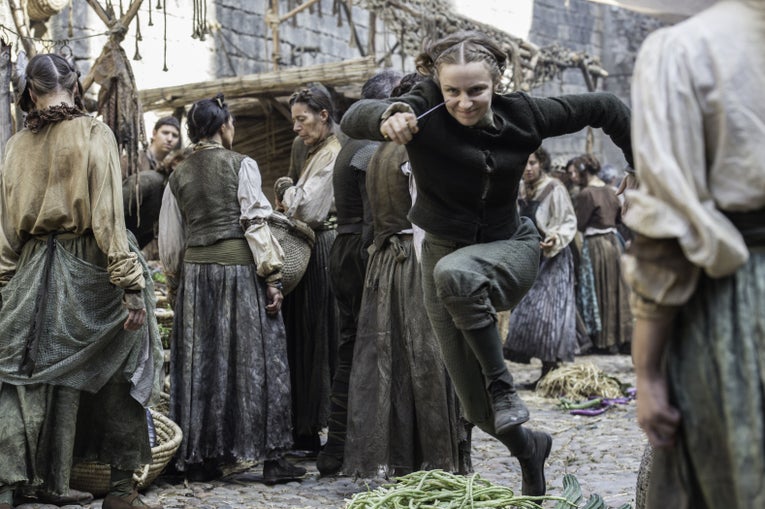 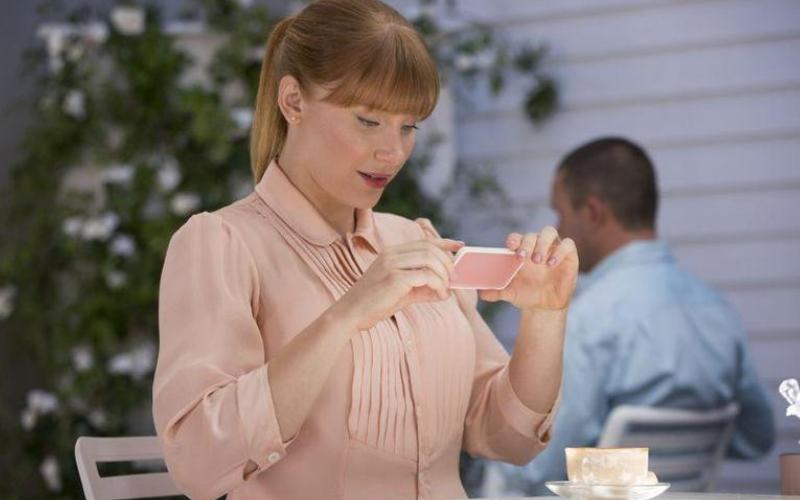