The Doggies are looking dangerous

Footy’s back, round 1 is done and dusted, and what have we learned?

Well, we’ve learned that the traditional opener of the season is a much better game when both sides are competitive. Carlton have improved, no doubt about it. And with not a great deal of difference to last year’s playing list. Brendan Bolton take a bow – the players are clearly buying in to his style – whether that’s his game style or his management style, I’m not sure – but he certainly looks to have improved a few things. Mind you – having a fit Kreuzer helps – and the most ready-made number 1 draft pick I think I’ve seen in young Jacob Weitering is going to help in key defence.  Richmond were uninspiring, but won ugly – which they’ll take. I thought both teams disposal off half-back was found wanting, particularly under pressure.

Speaking of improvements – the Demons continue their upward trend. I particularly liked their attack on the ball, and their tackling seemed really aggressive too. Finals aren’t out of the question for the Dees, but it would be unlikely at this early stage. Very interesting game from Jack Watts too – showed some glimpses. Could he have a breakout season and become the player that Melbourne thought they were getting when they drafted him years ago? GWS showed some good signs too – though I’m starting to wonder if we’re ever going to see big Jono Patton? With Cameron out suspended for the first 4 weeks – I assumed we would see the 22 year old former number 1 draft pick.

If he doesn’t start cracking a regular senior gig – the game might start passing him by.

Gold Coast vs Essendon didn’t add much to our knowledge base. Ablett’s still a gun and Essendon are going to struggle. The Bombers weren’t disgraced, but it’s really hard to see how they can possibly win a game.  That said – they did come up against a Gold Coast side that will be challenging for finals.

I didn’t see any of the North vs Adelaide game – but I expected a tight affair. I reckon these sides will finish very near each other on the ladder.  Goldstein carried on his merry way, and the Kangas will be stoked to see Daniel Wells playing good footy again. For the Crows – well it doesn’t take a genius to work out that they missed something in the midfield. Replacing Dangerfield is not going to be an easy job for Don Pyke.

Collingwood copped a flogging. Was it the media speculation about the illicit drugs really to blame for their poor performance? You’d have to suggest it would be a massive distraction – particularly the younger fellas who might be embroiled in the scandal. (It’s not a Saga – the Bombers have the moratorium applied on that word)  But I don’t feel any sympathy. How dumb would you have to be to take drugs in the current AFL environment? Even more amazing is that Collingwood players didn’t learn from what happened with Keeffe and Thomas. Meanwhile – I think the shocking performance from the Pies has taken the gloss off a great Sydney effort. Hanneberry and Kennedy were in beast mode, and Franklin has his mojo back. I still think the Swans have issues in key defence, and midfield depth – but if they keep players on the park, they’ll still be typically hard to beat.

The Dockers. They’re done. I mean they’re not completely done – but you would have to suggest that they’re on the way down. Sandilands and Pavlich are older – they still have a lack of depth at key positions, and questions still remain over Ross Lyon’s coaching for me. Interestingly, his contract was extended until the end of 2020 – so Lyon knows he has time to rebuild a side. The Bulldogs are almost the polar opposite – this is a side on their way up – and quickly. They play with pace, and dare, and are exciting to watch. Top 4 is not out of the question for them this year.

Didn’t see any of the Port vs St Kilda game – but it was good to see the Saints go over there and be competitive – they are an improving side, and it’s important for their fans that they continue to show that.

The Eagles gave the Lions a hiding, as expected – and big Kennedy showed that he will once again be a contender for the Coleman. Priddis was brilliant too – racking up huge contested possession numbers. Can last year’s grand finalists go one better this year? Possibly.

And then there was Dangerfield. What a performance! He was everywhere as the fast starting Cats got one over the reigning premiers. It’s not time to panic for Hawks fans – I expected them to start the season slowly, and the Cats were always going to be cherry ripe for round 1, but there must be some warning signs there for the Hawks – being at the top of the ladder for so long is starting to take its toll with injury. Their injury list continues to grow, with Hodge joining the likes of Ceglar, Hill, Roughead, Shiels and Spangher on the sidelines. Ceglar should play this week – but the Hawks quest for 4 in a row is going to be a tough one if the injuries continue to mount to senior players.

Summary
Article Name
Footy is Back! Round 1 Review
Description
Footy’s back, round 1 is done and dusted, and what have we learned?
Author
Dave Bremner
Publisher Name
Holding Steadfast
Publisher Logo 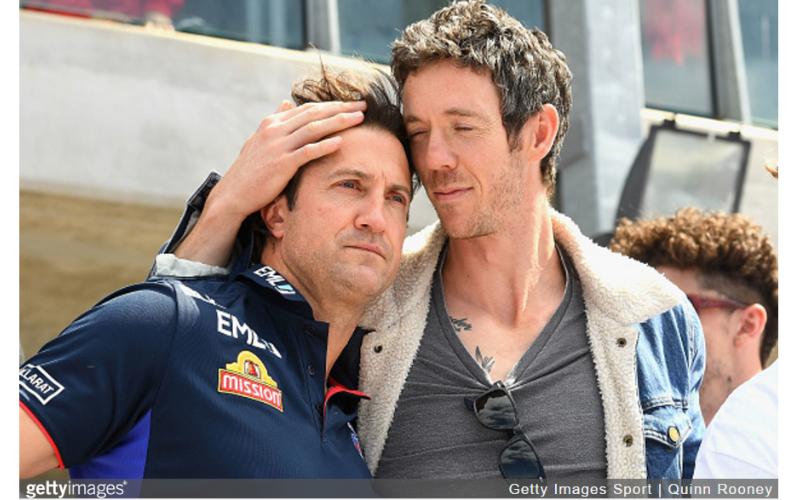